Otomo Sorin Duke The Land of the End

Sorin Otomo (1530-1587) is famous as a military commander who ruled the six countries of Central Kyushu during the Warring States period and as a Christian daimyo. Tsukumi City, Oita Prefecture, is the land of the end of Sorin Otomo.The 100-year-old cedar grove of Sorin's tomb was once called "Tentokuji no Mori" (a church built by Sorin), and the forest has a dignified atmosphere. 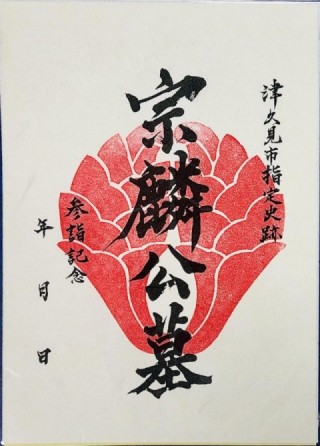 Family crest (Hugging Kyouha)
To commemorate the visit to Otomo Sorin Duke Cemetery Park, "Samurai Stamp" with the Otomo family crest or Huaya is on sale.
The word "Sorin Kotobuki" was written by Kaede Hirakawa, a calligrapher from Tsukumi City who received the Minister of Education, Culture, Sports, Science and Technology Award at the "５４th Takanoyama Competition".
■ Press
Introduced in the 10/3 Mainichi Shimbun (local edition, Oita prefecture)
10/7 Introduced in NHK "Irodori OITA" and "News 845 Oita" 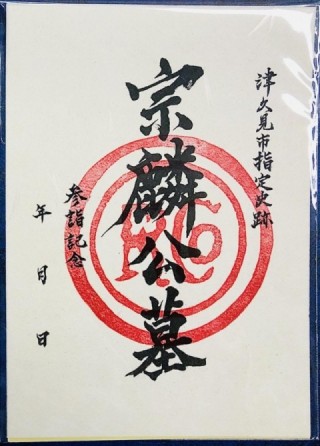 Statue of Otomo Sorin Duke (in front of Tsukumi station) 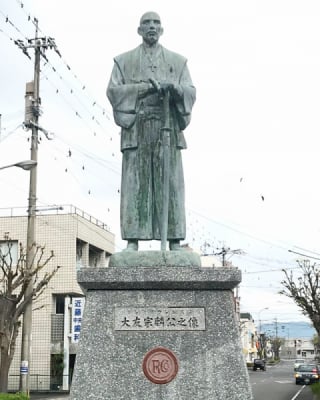 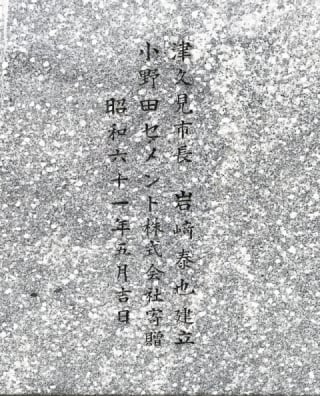 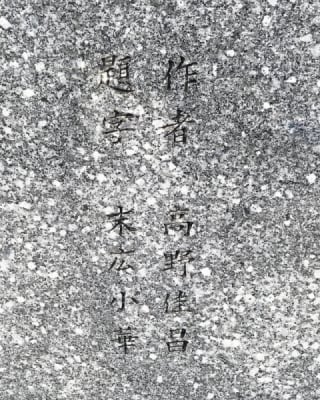 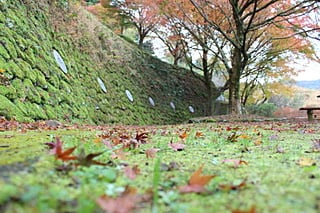 The name "Sourin" was devoted to Zen Buddhism in the ５th year of Eiroku (1562), shaved and named, and is the most used name as a street name.
The relationship between Sorin and Tsukumi dates back to the late ４０s, before the invasion of Hinata in 1578.After that, in the ６th year of Tensho, when he retired to Tentokuji, he aimed to create an ideal country by Christianity, which was his long-cherished dream.However, he ascended in the middle of his ambition.He was ５８ years old.
Initially, it was buried in a Christian tomb, but when Hideyoshi issued an order to expel Batteren, his eldest son, Yoshimune (Yoshimune), reburied it in a Buddhist style, but it is said that the tomb was also devastated. .. 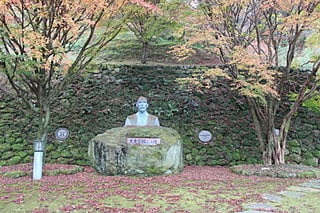 The current tomb was reinterred by Usuki Castle Ruins, a descendant of the former vassal during the Kansei era (1789-1801). Is called.
On the front of the gravestone is "Zuiho-in Mae Habayashi Deputy General and Sakongo Kyuan Sorin Daishi", and on the side is "Tensho １５th Year Yin Fire Pig May ３rd Spring Autumn ５０ Yu ８ years old", "Kyushu" It is engraved with "Futajima Iyo bureaucratic servant fourth rank lower and Sakonoe Shogun Otomo Saemon lord Genyoshi."When I read the inscription, I feel that the awe of the vassal's lord is conveyed. 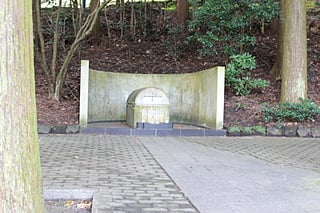 As the times changed, Dou was also rebuilt, but in Showa ５２, the "Otomo Sorin Duke Awards" was formed with Mr. Tamotsu Ueda as the founder.Arata IsozakiUnder his design, Christian tombstones were lined up and reborn as a graveyard as seen today. 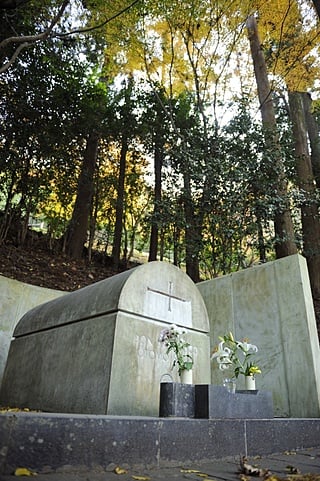 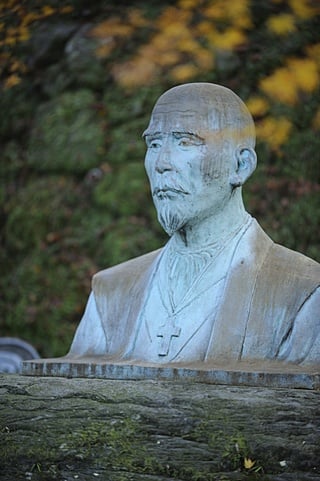 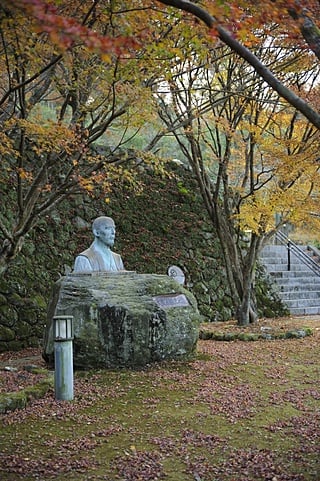 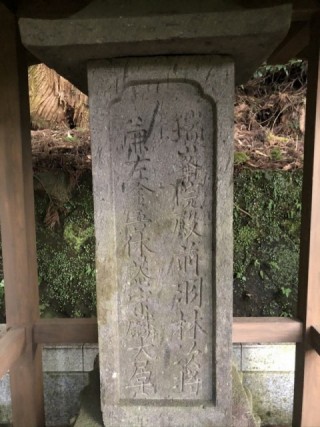 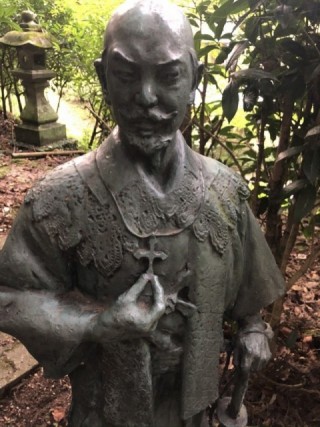 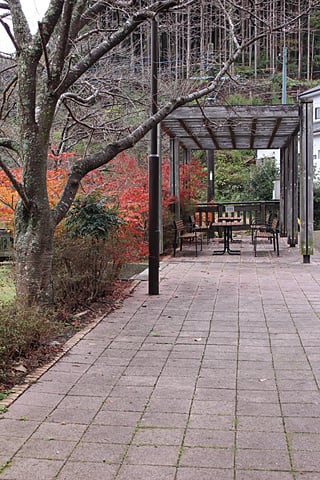 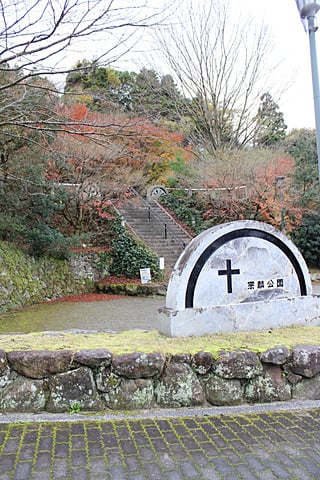 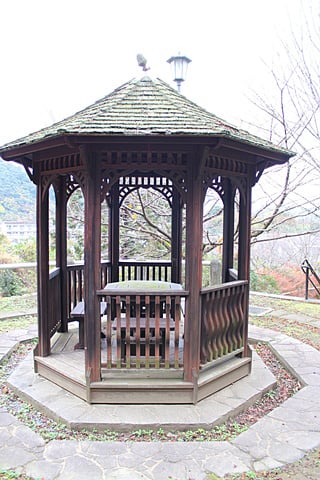 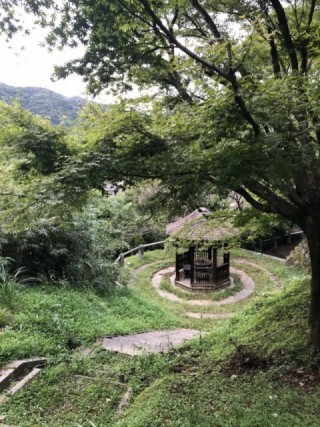 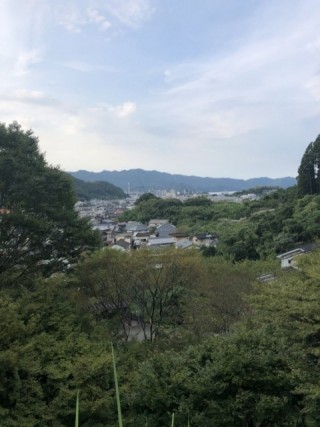 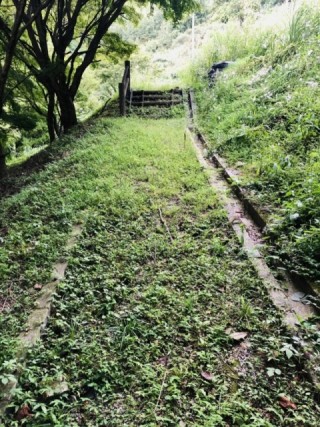 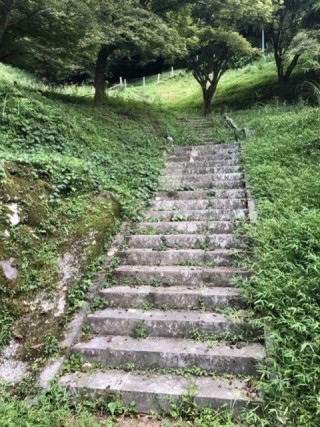 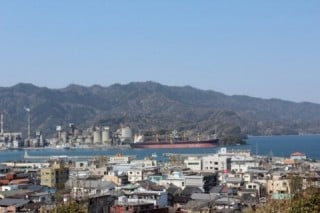 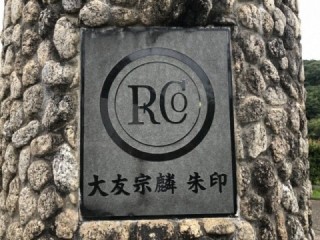 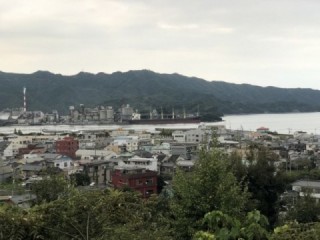 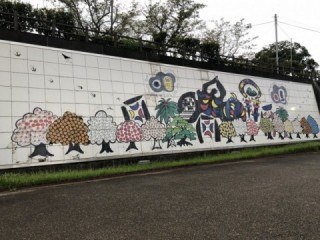 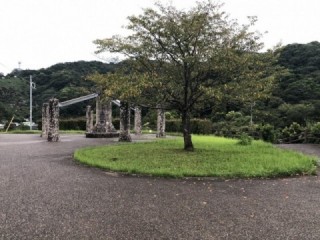 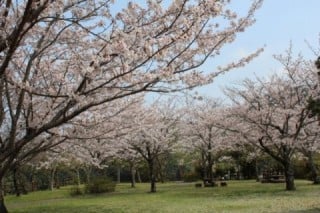 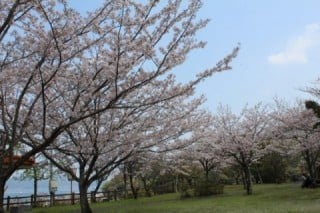 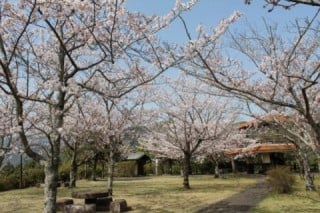